« back to articles
published on February 18, 2011 by Antonin Hildebrand
IPO48 - a view from the trenches

I have been a bit silent recently because of my preparations for IPO48. IPO48 is a weekend event that’s a cross between a startup bootcamp and a hackathon.

First let me thank the organizers for IPO48. It was a very well prepared and supported event. They did a great job.

The goal was to assemble a team and present a viable product to judges at the end of the day. 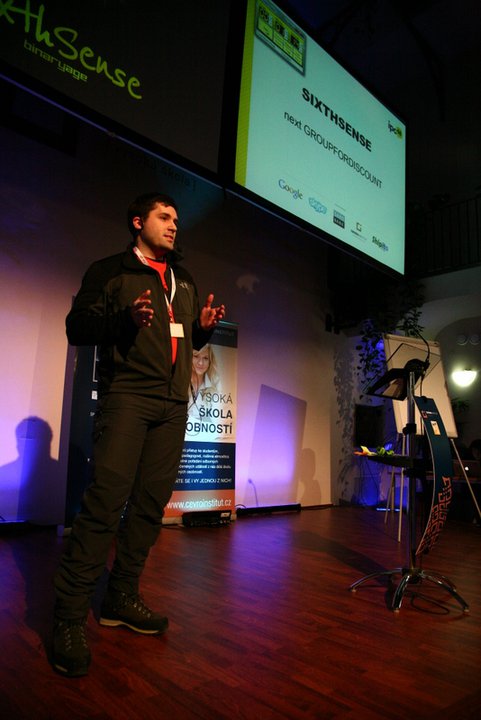 I’ve had quite a bit of experience with similar events. Back in the day I was active on demoscene which is famous for its “demoparties”. The structure of the event is similar but instead of building products or services, the teams build demos (graphical visualizations) and present them on the big screen to the audience. Or as another example, two weeks ago I was at a hackathon called GameJam Prague. The goal was to build a computer game in 48 hours.

For me it makes sense because conferences and similar competitions accelerate the “culture of making stuff”. It is important for the ecosystem to work, for new people to get attracted to the scene. Be it a demo, a game or a consumer product. Also it gives the participants valuable feedback after they get back home, get bit of sleep and think about their performance and failures. Not to mention networking opportunities.

That is why I’m so happy this is happening in Prague too. The startup culture is definitely present here.

Show your skills in 48 hours

Let’s make it clear. It is not possible to come and impress in 48 hours from scratch. You need to bring something great with you. Some people bring their projects which are already in progress. Some people bring their ideas into which they have already invested great deal of work. Some people come and have already formed strong teams with years of cooperation fine-tuning. And everyone brings his skills and expertise which he has been building for his whole life in school, work or during the weekends. In reality people bring all blend of all these and more.

This is not the first 48 hours to kick your project off. You need to understand that this is the last 48 hours before the judgement hour. The last 48 hours is a unique time to meet face to face, get a feel of the event, polish your assets and optimize them for competition judges. And that is why mentors’ help is so welcome. A time for fiddling - not a great time to start building something from scratch.

Having a hacker’s mindset

Paul Graham would say “Make something people want”.
And I would add “Don’t ask anyone for permission - just build it!”.

If there is a competition there must be some rules. As a hacker I always question those rules and break them if it makes sense. The most aggressive startup culture is mostly about looking for new patterns and breaking old rules. Disrupting how the world works in the grand scheme of things.

You may question rules which are presented directly to you. The rule of assembling a team? The rule of having a business plan? The rule of starting and building a project in 48 hours? The rule of cooperating just with people from the place? Nothing is written in stone. There is no sharp border. Follow it and cross the blurred line if it gives you an advantage. Set your own rules and give it a shot!

This is my original project I pitched at IPO48.

Imagine it as a plugin into Google Analytics which will visualize your traffic in 3D and animated in time. Using modern browsers’ features like WebGL and WebSockets. I have been working on this in my spare time since the weekend before IPO48 and I strongly believe it will be useful not only to myself. I will build a prototype and turn it into a product eventually.

I was eager to work on SixthSense but I didn’t meet the criteria of minimal (and maximal) number of team members. Or maybe my pitch sucked? Or there were no web analytics enthusiasts? Bummer! I’m open to ideas but I wasn’t really going to draft random people on the project just to fill the void space. I had a clear vision, a working prototype and one great designer working remotely who would definitely support me (yes the same guy I have been cooperating with for more than 10 years). And in the team of two we would probably do better than most other teams because our team has already passed intensive burn-in tests.

Never-mind, I took this as an opportunity to join another project, to meet cool new people and to help them build their product. Quite frankly most teams were looking for hard skills like programmers or graphics designers. Especially mobile device developers…

The 21Days project helps you to be a better person every day. Nicely developed idea, technically quite a simple project.

I did a prototype of the front-end and took it as an opportunity to try some new technologies (yes I broke my own rule of not trying to learn new technologies at competitions like this). I’ve learned backbone.js, bits of underscore.js and CouchDB. Zdenek started working on an iPhone app and other @21dayshabit guys were busy working on other parts of the project. We started the code from scratch. Yes, it is far from complete, but the good news is that they are going to continue on it. Btw, they are looking for a javascript guy to pickup on my part, give them a hand if you find this interesting.

No one starts a marathon with a sprint

In my opinion IPO48 should not be the starting point of your project. It should be just one of many check points on a long run. A validation that you are on the right track. A source of inspiration and motivation. A chance to accelerate for few weeks. A great networking opportunity and injection of valuable feedback.

The future will show how many “startups” will manage to continue work on their projects in the following weeks and months. And how many will manage to turn them into real products or services with a working pricetag. I’m very curious how many will survive the exposure to the cruel market.

I wish good luck to all teams which will continue beyond IPO48, even those which didn’t make it into the main competition. I will watch you closely and look forward to meet you again at similar events!