« back to articles
published on April 24, 2013 by Antonin Hildebrand
Meet Brian and Mike

In last December’s blog post I expressed my desire for BinaryAge to become a distributed cloud company. The past few months are proving that to be my new reality.

Last year, I enjoyed San Francisco so much that I’ve sold everything in Prague and will be living on the West Coast for the next few months. A major plus to the distributed lifestyle is that I can work from almost anywhere in the world. I’m a digital nomad now.

Stephen is going to release a new version of TotalSpaces soon, it’s being cooked in Helsinki, Finland. BinaryAge has also added two new team members who live in different parts of the world, too. 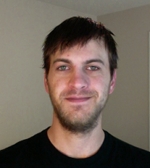 I wanted to hire a new developer to help out with TotalFinder development. It has been always a challlenge to find skilled and reliable hackers. But communities like Github make it possible to meet and feel comfortable with like-minded people and that’s how I met Brian Garrett. The open-source code he submitted in TotalTerminal looked great and after reaching out, I realized his personality is great, too.

Brian’s been studying mechanical and energy engineering at the University of North Texas. That’s where he found his passion for software development, when he built a command-line tool to reduce the amount of time it took to solve thermodynamic problems. Brian’s drawn to the unique creative freedom that coding allows, unlike the physical laws he is limited to in school.

In the same December post, I asked for a Mac addict to help with building our community. Some of our best features have come from thousands of users in more than two dozen countries around the world. 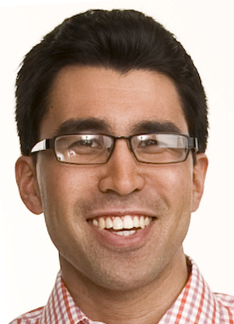 After reading the post, Mike Maturo, a public relations expert from New York started a conversation with me. His background in computer engineering and computer science from USC gives him a good understanding of our work and his former life as an elected official helps him be empathetic with our users. I’m excited about what we can do together, especially to get onto Discourse, a cutting-edge community forum platform!

Working as a distributed team

Mike will take a lot of work off my plate by taking care of our community and emails. Brian will focus on some new TotalFinder features. This will enable me to get back to programming and tackle some new ideas. Stephen will continue to work hard on TotalSpaces, the ultimate grid spaces manager for your Mac.