« back to articles
published on April 26, 2012 by Antonin Hildebrand
TotalSpaces brings back grid Spaces to OS X Lion

** I’m excited to announce a new product from BinaryAge. TotalSpaces is a productivity tool for Mac. You guess right, it taps into the system and improves Spaces experience. ** 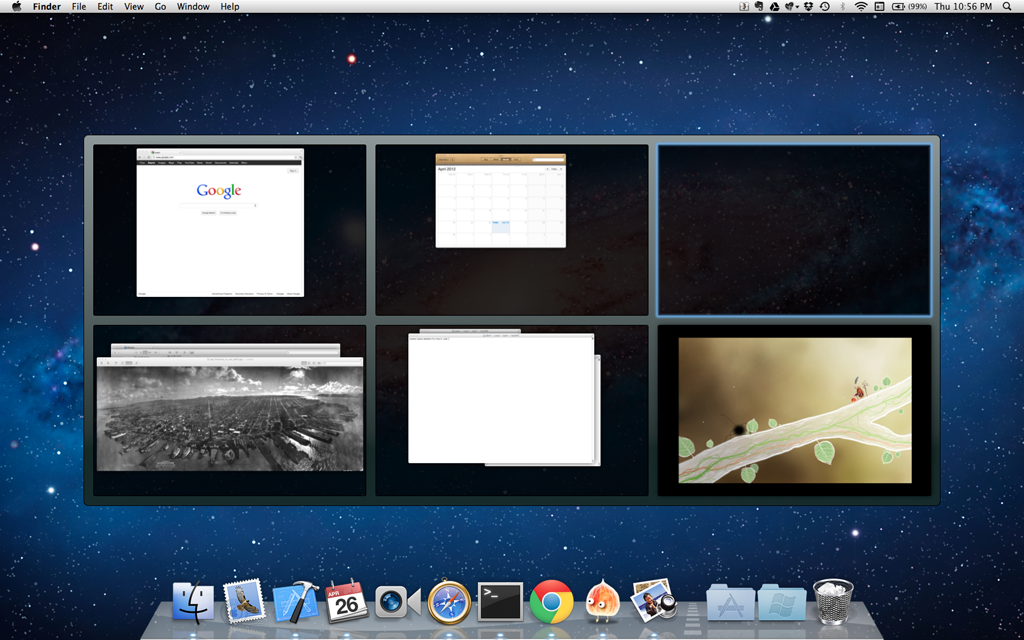 TotalSpaces provides several handy features for heavy Spaces users. In a way it brings back the old grid-based Spaces behavior we loved in Snow Leopard. It offers custom transitions when switching Spaces. For example featuring the famous Cube transition. And of course you may customize hotkeys, hotcorners and the way circulation through the grid works. Sounds good? Look into the documentation to get more info on individual features in the current version.

TotalSpaces has been developed by Stephen Sykes - a Mac and iOS developer, hacker and radio electronics guru. He is a computer veteran, an englishman living in Finland. TotalSpaces is his idea to improve his daily desktop and window management tasks. He sure is really quick at switchin’ Spaces!

TotalSpaces was originally called ReSpaceApp and was presented by Stephen’s Switchstep Company. He has released several free beta versions during past few months and got warm feedback from passionate Mac users. And because you can turn off the transitions between spaces, it has helped some users for rather surprising reasons!

He contacted me back in March to get some help on marketing side and to share some know-how. I liked his work and invited him to San Francisco. We had a good time and decided to cooperate. And we decided to release ReSpaceApp with a new name through BinaryAge. TotalSpaces and TotalFinder should be close together.

Hope you will give it a shot!

You don't have to be worried about the future of TotalFinder. I still focus primarily on TotalFinder development. Stephen will work exclusively on TotalSpaces. And together we will share user support burden and technicalities of running an online business. This should earn us both more time for real development.
comments powered by Disqus